Oregon SW Washington Chapter of the USNA Alumni Association was chosen as one of 5 out of over 100 chapters as a Distinguished Chapter (this is the second time in the past 3 years)!!!!

Looking ahead we have four months of very interesting and informative programs coming up.

Our February meeting will be on February 12 at 6:00 PM at the Old Spaghetti Factory and will be our traditional Valentine’s dinner. This year will be a bit different as we are having the dinner with our USMA alumni brethren.  This is a great opportunity for those who work and cannot make our luncheons to come and participate.  So, plan on bringing your spouse/sweetheart and join us.  Thanks to Ray Kutch we will have a photographer present.

Our March meeting will be on March 11th at 11:30 at the Old Spaghetti Factory.  Our speaker will be David Rajkovich, president of the Stockton Maritime Museum in Northern California and a few members of his staff.  David will make a presentation on the non magnetic ships, minesweeping and ship Building.  His organization is currently restoring the USS Lucid (MSO) 458.  Our oldest active alumni John Frerichs was a plank owner on the Lucid in 1955.

April we will host SGM(ret) Gavin McLlvenna, President of the Society of Honor Guard for the Tomb of the Unknown Soldier.  November 11, 2021 will be the 100th anniversary of the Tomb of the Unknown Soldier.  SGM(ret) McLlvenna will give us insights into the origins and history of the Tomb.  I was able to hear him speak at the USMA meeting in Dec.  He is quite impressive.  You do not want to miss this.

In May Mr. John  “J” Wanders will talk with us on the USS LCI 713.  Several years back we had a presentation on the LCI.  This presentation will focus on the LCI as a (work in progress) Naval Museum.  Mr. Wanders will also be auctioning a copy of his book, “The Ablest Navigator, Lieutenant Paul M. Shulman, Israel’s Volunteer Admiral”.  Additionally, Mr. Wanders has on behalf of AFMM (Amphibious forces Memorial Museum) and PT-658 would like to extend an invitation for our entire organization to visit both ships On Saturday, May 16 (which is Armed forces Day). As you know, both ships are berthed at Swan Island. The PT boat is in its boat house. The LCI is moored at pier side in the Lagoon.  Both ships are somewhat small, so in the morning one half of your group would tour the LCI and the other half a static (non-cruising) tour of the PT-boat. After a mid-day light lunch in the LCI’s mess deck, the two groups would shift and visit the other vessel.

On our website is posted a flyer on a Veterans Job Fair on March 5th from 10-3 at the Doubletree Hotel (1000 NE Multnomah St.) in Portland sponsored by the BPA.

Navy Wrestling takes on Army on February 22nd.  Like in Football we need to turn around a three year losing streak. 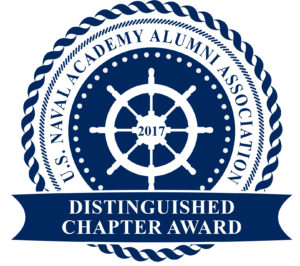